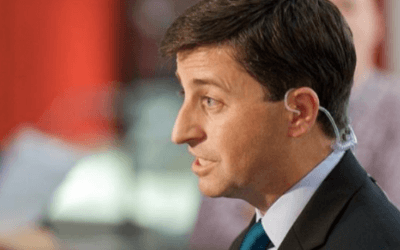 What do you believe are the biggest challenges facing our society today?

The sustainable development goals provide both a framework and a lens: a framework for action and a lens by which to understand the biggest challenges facing our world today. From climate change and conflict to the need for health and education, the SDGs are our shared roadmap to a better world.

What is UNICEF UK doing to address these challenges?

Last year, children faced unprecedented dangers from war and disaster, disease and malnutrition. Globally, almost one in four children is now affected by war and disaster. Political and economic uncertainty, as well as a changing climate, are also having profound effects on children’s lives. In response, and with thanks to the wonderful generosity of our supporters, Unicef UK raised £99.4 million for children in danger around the world.

Unicef UK committed £9 million to help provide life-saving food, clean water, vaccines, education and protection for millions of children in emergencies. We supported humanitarian aid for children in more than 25 countries, including Syria, the Democratic Republic of the Congo, and Yemen.

On 20 November 2019, Unicef UK marked World Children’s Day and the anniversary of the adoption of the UN Convention on the Rights of the Child with a series of events on empowering children and ensuring children’s voices are heard.

With more children uprooted from their homes than ever before, we continued our campaign to reunite unaccompanied refugee children with family in the UK. More than 85,000 people have now supported the campaign.

Unicef UK also launched a new campaign to address the dangers of air pollution on child health in the UK. One in three children in the UK is growing up in areas with unsafe levels of air pollution. More than 1,000 schools and youth groups have so far participated. In the UK, our programmes for children continue to flourish. The Baby Friendly Initiative has revolutionised health care for mums and babies in the UK. Today, we work in 91% of maternity units and 89% of health visiting services across the UK, each year supporting nearly 700,000 new babies as they enter the world.

The Unicef UK Rights Respecting Schools Award works with schools in the UK to create safe and inspiring places for children to learn. More than 1.75 million children in the UK now attend schools that are becoming Rights Respecting – with schools reporting reductions in bullying and improvements in child confidence and esteem. Our Child Friendly Cities and Communities programme means more than 250,000 children now live in a community that has committed to embed children’s rights in local decisions, services and spaces. We also continued our work to ensure best safeguarding practices are followed in every interaction between Unicef UK and children.

Eradicating extreme poverty for all by 2030 is the first goal among the UN Sustainable Development Goals (SDGs). What progress have we made so far? Do you think this is achievable?

At the UN SDG Summit of last September, it was reported by António Guterres that progress was being made to achieve the Goals by 2030, and there were indeed some favourable trends in that extreme poverty and child mortality rates were continuing to fall. However, many challenges remain and all countries were asked to do more, and faster. This includes focusing on the most vulnerable to ensure that as countries progress, no one is left behind, that financing is directed strategically, institutions are strengthened to make them more effective and inclusive and science, technology and innovation are all utilised to deliver on the SDGs. As the Secretary General stated: "It is the world’s responsibility and within its power to make it a decade of action and deliver for sustainable development". If the will is there, it is achievable.

Foreign aid is coming under attack in western democracies as they become more inward-looking. What can be done to address this challenge? How can we highlight the importance of global goals?

We need to make the case that foreign aid is both morally right and strategically smart. In the world today we are our brothers’ and sisters’ keepers, and we are bound together by shared responsibilities to each other. As well as this moral case, however, it is important to make the pragmatic case that its strategically smart to encourage a world where climate change is addressed, conflict is reduced and more of the world’s population feel able to fulfil their potential. That’s the kind of world I wish for our children.

According to recent reports, while the need for income for charities has never been greater, a decade of government austerity in the UK has put them under tremendous pressure. Should charities look at alternative funding models?

Charities are, at their best, highly innovative organisations, always looking for new ways to meet their mission. Here in the UK, Unicef UK has pioneered Soccer Aid, a nationally televised football match that each year helps raise funds for the world’s children. That’s just one example of a new approach to fundraising and there are many more. Old ways of thinking won’t be sufficient to create the new world we want to see.

Governments alone cannot afford to fund their development needs in developing countries. What role can the private sector play here?

There’s more than enough work to go round, which is why the SDGs is built on the idea of partnership. That partnership necessarily involves government, but it also involves private sector businesses, together with civil society organisations. In particular, if you look at the challenge of job creation, the private sector has a huge role to play. And given what we know about just how important job creation is to tackling poverty, that means the private sector in the years ahead will have a huge role in helping deliver the SDGs.

Does London’s hosting of events such as the World Humanitarian Forum help in raising pertinent issues in the sector and offer solutions?

I welcome any opportunity to raise the profile of the SDGs. Here in the UK and abroad, if we are going to win the struggle our first step is to win the argument that the struggle against extreme poverty and climate change matters to all of us. In the UK, there are a range of organisations working to help deliver the SDGs and that’s true in countries right around the world. All of us as individuals and as institutions can raise our voice so let's make sure all of our voices are heard in the years ahead.