Inspired and organised by the official event management company of the World Humanitarian Summit in Istanbul in 2016, the WHF is a high-profile, two-day event.

The forum is held at ExCeL London and runs along a co-hosted portfolio of events, Aid&Trade, International Disaster Management Exhibition and Emergency Show on the 15th-16th April 2020. World Humanitarian Forum visitors have VIP access to these additional events.

There are 9 Thematic Theatres, 3 dedicated exhibitions, 2 conferences, roundtables, workshops and a high-level forum in the centre. It’s the perfect opportunity for governments, organisations and private sector leaders to showcase cutting-edge innovations, discuss global trends and unveil ground-breaking solutions to provoke discussion and inspire creativity in the humanitarian sector, which will help to improve the lives of millions in need. 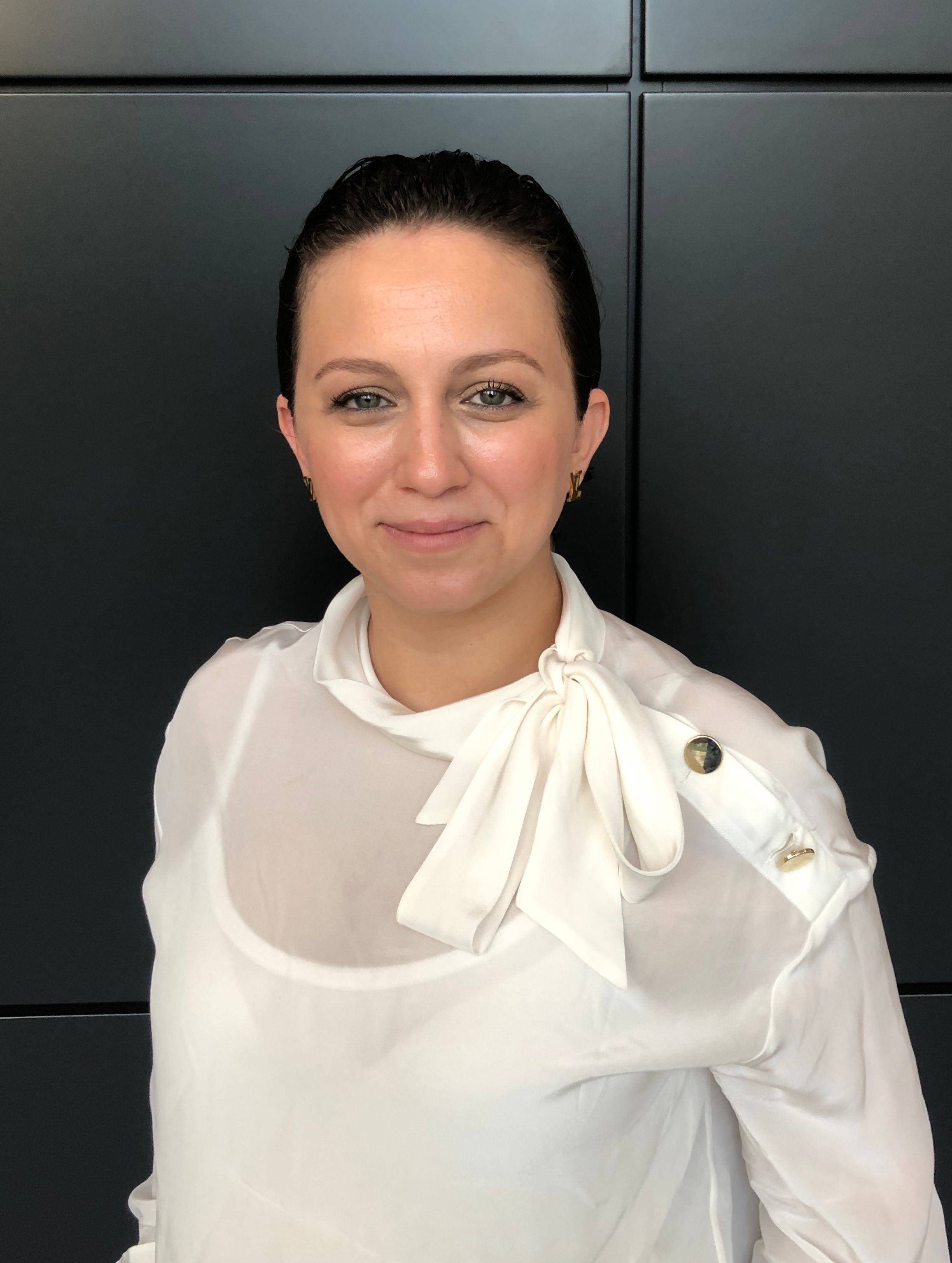 She has been involved in the management of G8 - G20 Summits, EXPO organisations and she was the event director of the first ever World Humanitarian Summit. She has international expertise and has been a consultant for UN.

She was selected as one of the women leaders who will influence the future of the world by Goldman Sachs and US State Department. 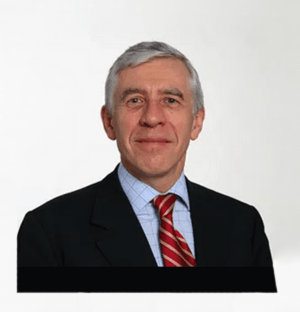 Rt Hon Jack Straw is one of three senior Ministers to remain in Cabinet throughout the 1997 to 2010 Labour Governments under Tony Blair and Gordon Brown. He was Foreign Secretary (2001-2006), Home Secretary (1997-2001), Leader of the Commons (2006-7), and Lord Chancellor and Justice Secretary (2007-10). After Labour lost power in 2010, Straw served for six months as Shadow Deputy Prime Minister, and then stood down from the Shadow Cabinet, having served on Labour’s Front Bench for over thirty years. Straw was a Member of Parliament for Blackburn from 1979 to 2015, when he retired from the Commons.

His approach won praise from Margaret Thatcher, who once declared “I would trust Jack Straw’s judgement. He is a very fair man”. Before becoming an MP, Straw practised as a Barrister, and then worked as a Special Adviser in the 1974-79 Labour Government. Appointed Foreign Secretary in 2001, Straw played a leading role in the dramatic foreign policy problems arising from the 9/11 terrorist attacks in New York and the resulting interventions in Afghanistan and Iraq. He was instrumental in helping to avoid an extremely dangerous armed conflict between India and Pakistan over Kashmir in 2002. 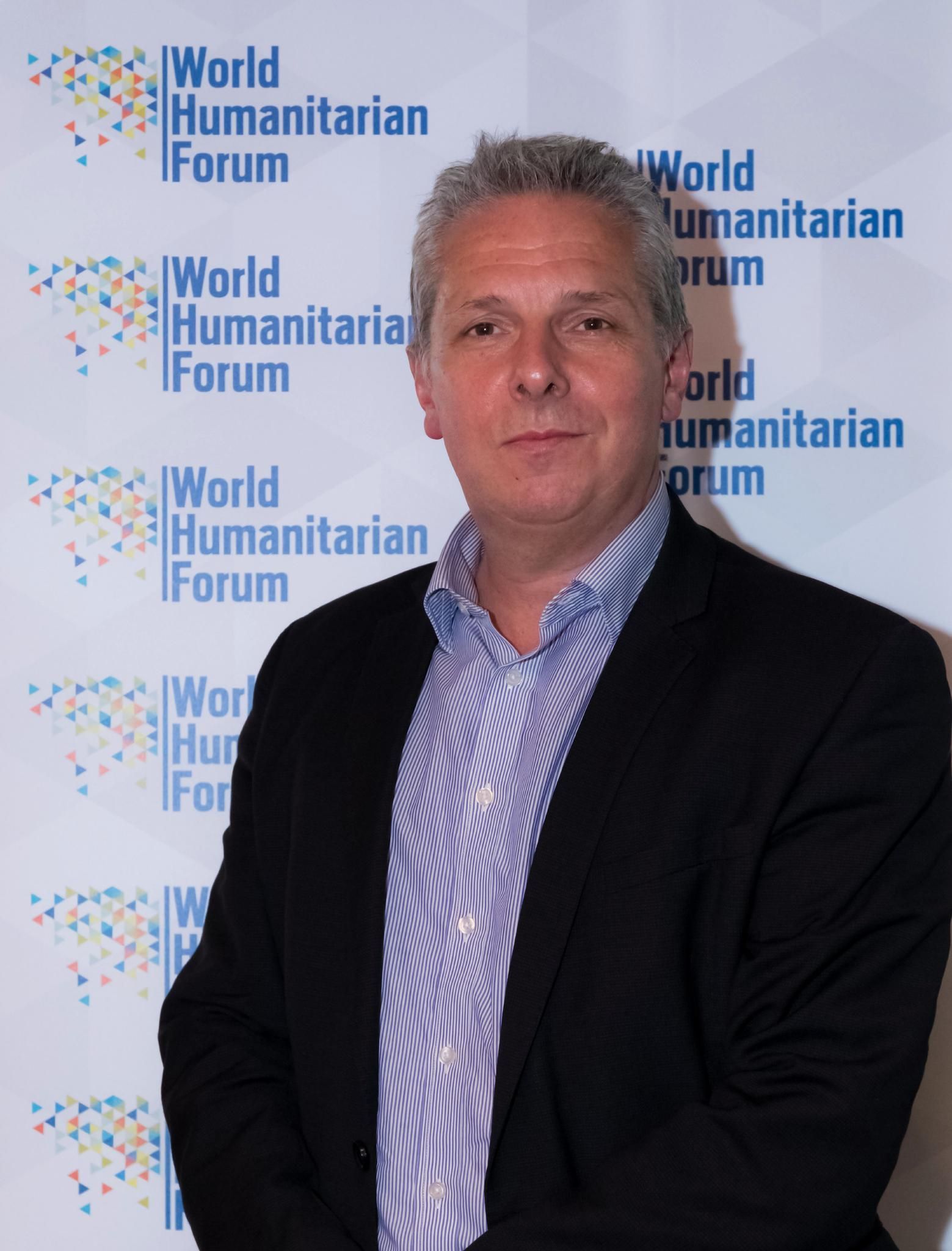 Richard Hawkes joined the British Asian Trust as Chief Executive in September 2015 after having held a range of senior roles in the UK and international not-for-profit sectors for more than 20 years.

Richard has been Chief Executive of Scope (one of the largest not-for-profit organisations in the UK) and International Director of VSO (a UK based international NGO working in 40 countries).  He has worked for the United Nations and been Chair of a number of sector bodies, including BOND (the umbrella body for UK international NGOs) and the UK voluntary sector body on social care.  He has been a member of the BBC Appeals Advisory Committee and is currently Chair of Motivation, an international disability NGO, on the Advisory Board of Charity Bank and on the judging panel for the UK Charity Awards.  He has a vast experience of social finance. As CEO of Scope he was responsible for launching the first social investment bond in the UK, a £20m bond that was listed on the Luxembourg Stock Market and the British Asian Trust recently launched the world’s largest education Development Impact Bond.

Mark Astarita, OBE has been one of the most successful fundraisers in the UK.  During his 25-year career he has been responsible for raising almost £1.5 billion pounds for charity. He has for a record four times been voted the most influential person in fundraising by his peers.

Mark is the former director of fundraising for the British Red Cross, National Deaf Children's Society and Prisoners Abroad. Mark is the former Chair of the Institute of Fundraising a trustee of St Clare Hospice and has previously held the role of Trustee at the Voluntary Services Overseas (VSO) and St Joseph’s Hospice based in Hackney.  Today he advises and supports the recruitment of senior personnel at many of the UK's and Global charities through his company Astarita Aldrich and Ward. 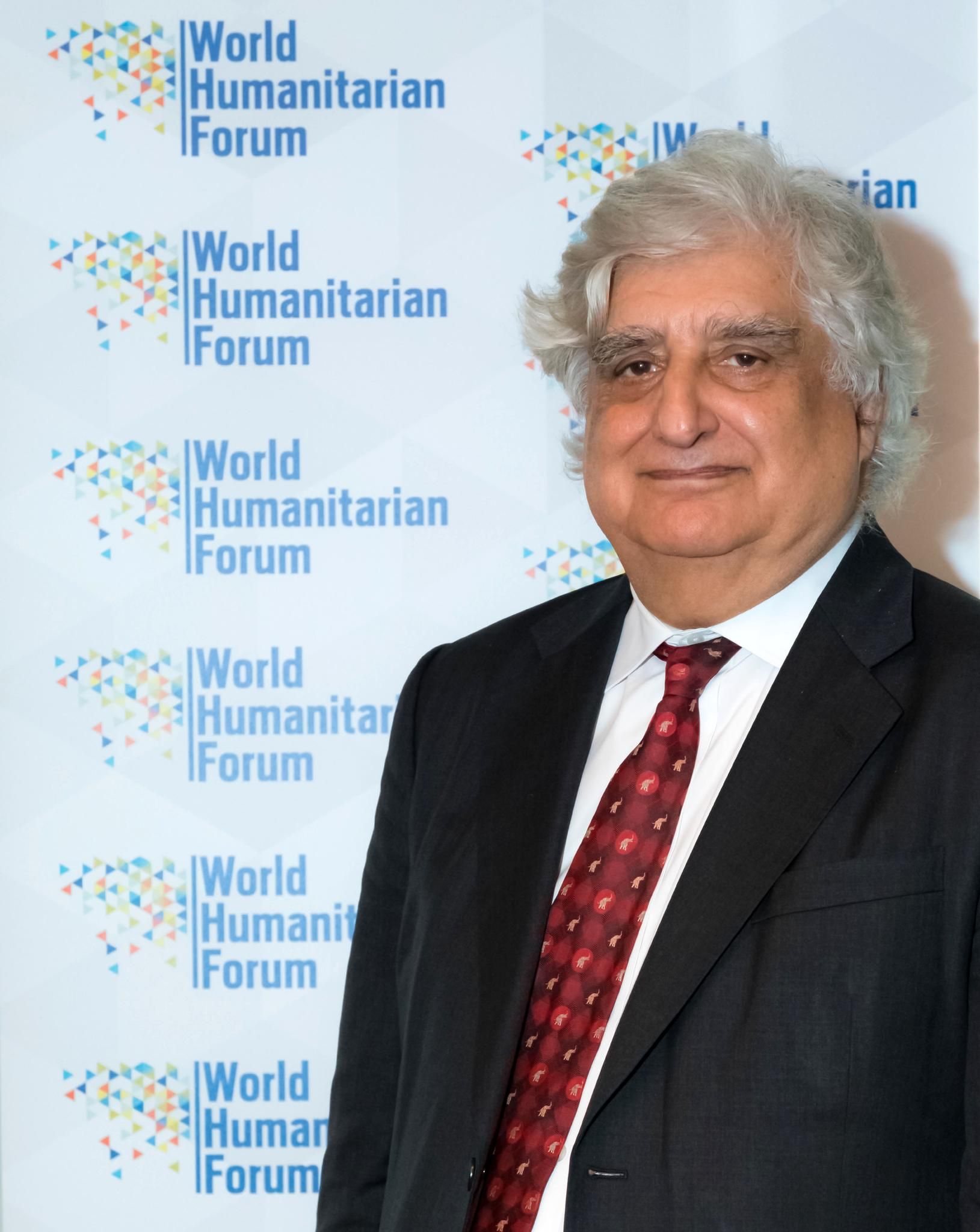 A champion of globalisation and emerging markets, Professor Dr Mohan Kaul is an influential and recognised policy adviser, business leader, social entrepreneur, and an academician. To have a glimpse of his journey over last few years please visit www.kaul.co.uk .

Dr Mohan Kaul is the President of Indian Professionals Forum, a leading think tank in UK set up to increase the participation of Indian Diaspora in national policy development and the economy and increase UK-India engagement particularly as a result of Brexit. www.ipforum.net

He is Chair of Pontaq-UK India Innovation Fund which was recognised by Prime Minister Theresa May in her address at Mansion House on India day, 16th July 2019. www.pontaq.vc

He is also Vice-Chairman of Indo-UK Institute of Health, an initiative set up by Prime Ministers Modi and David Cameron. www.iuih.co.uk

Prior to that he was involved in setting up Commonwealth Business Forum at CHOGM in 1997 and was also founding Director General of the Commonwealth Business council. During that period, Commonwealth trade increased to over $4 trillion dollars and investment flows reached over $200 billion with some countries receiving FDIs for the first time.

He also worked as Senior Diplomat and Director at the Commonwealth Secretariat for several years.

Dr Kaul was a Professor and later Dean at the prestigious Indian Institute of Management (IIM), Ahmedabad. 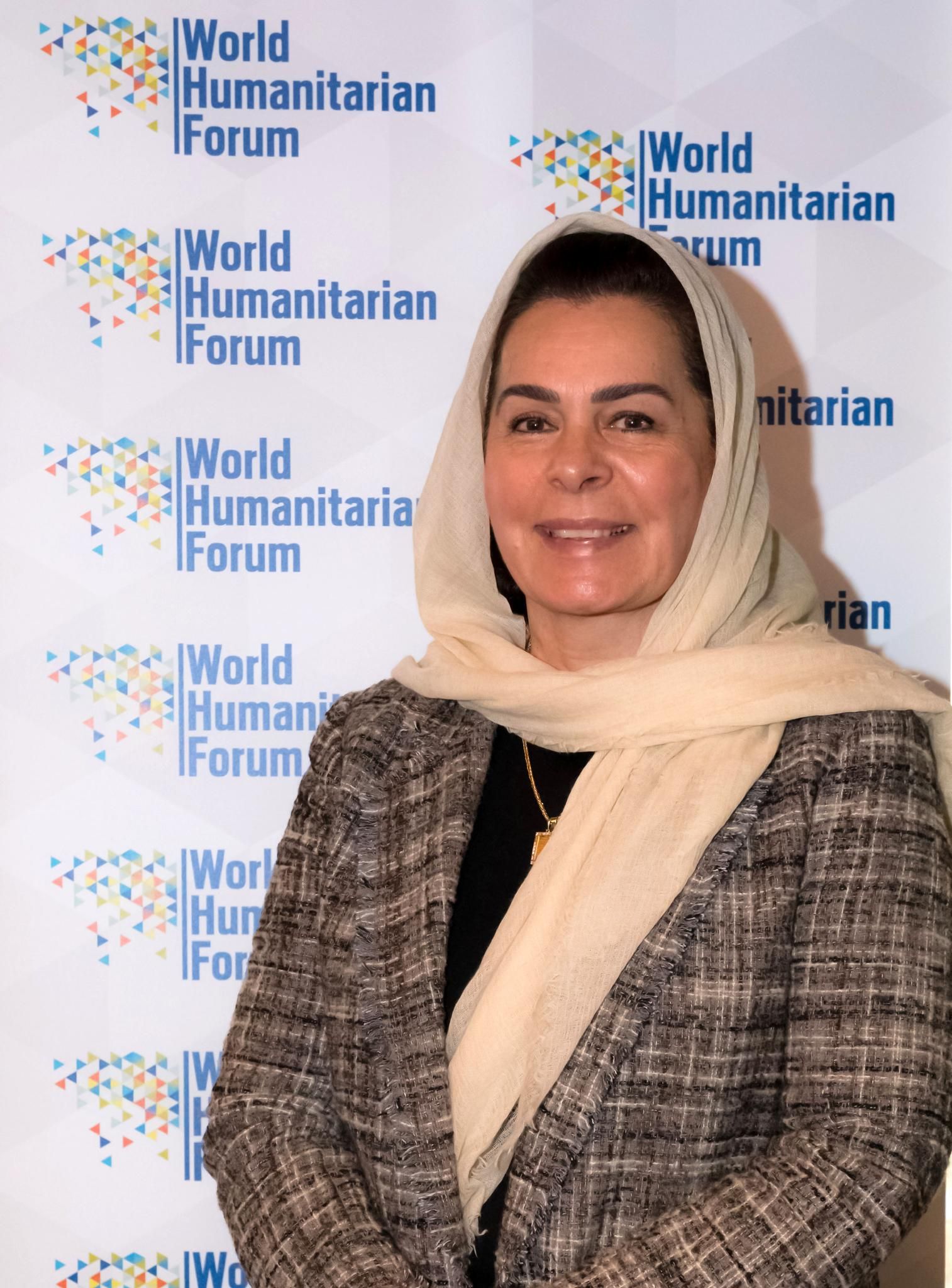 Member of the Board, Afghan Red Crescent Society

Fatima Gailani has been serving as the president of the Afghan Red Crescent Society since 2004. She is the daughter of Pir Sayed Ahmed Gailani, the leader of the National Islamic Front of Afghanistan who fought against the Soviet occupation of Afghanistan in the 1980s.

After graduating from Malalai High School in Kabul, Ms Gailani obtained a BA and subsequently an MA in Persian Literature and Sufism in 1978 from the National University of Iran. She also earned an MA in Islamic Studies from the Muslim College in London in 1994. She lived in exile during the Soviet invasion of Afghanistan and acted as spokesperson in London for the Afghan Mujahideen. She attended the Bonne Conference on Afghanistan in 2001. After her return to Afghanistan she was chosen as a delegate to the Emergency Loya Jirga – Grand Council – of June 2002 and was appointed as a constitution drafting and ratifying commissioner. Ms Gailani is the author of two books (Mosques of London and a biography of Mohammed Mosa Shafi). Nedal Juma is a well respected and innovative Global C-Suite Executive who has built a firm reputation in global and regional markets for championing international trade & investment, strategic partnerships and delivery of sustainable growth, with in-depth exposure to government and private sectors.

Serving on the Advisory Board of the CEO Club World Wide since 2016 with over 13,000 member CEOs.

In 2019 was appointed VP for BRICS Forum aiming to increase collaboration with key Middle Eastern Governments and private sector.

Nedal served as Head of Advisory and VIP relationships to New Zealand Government’s Trade and Enterprise NZTE in IMEA region. He was a core foundering member of Dubai Aid / Humanitarian Cities with Dubai Government and has lead trade and investment deals valued over 1.5 $ Billion. 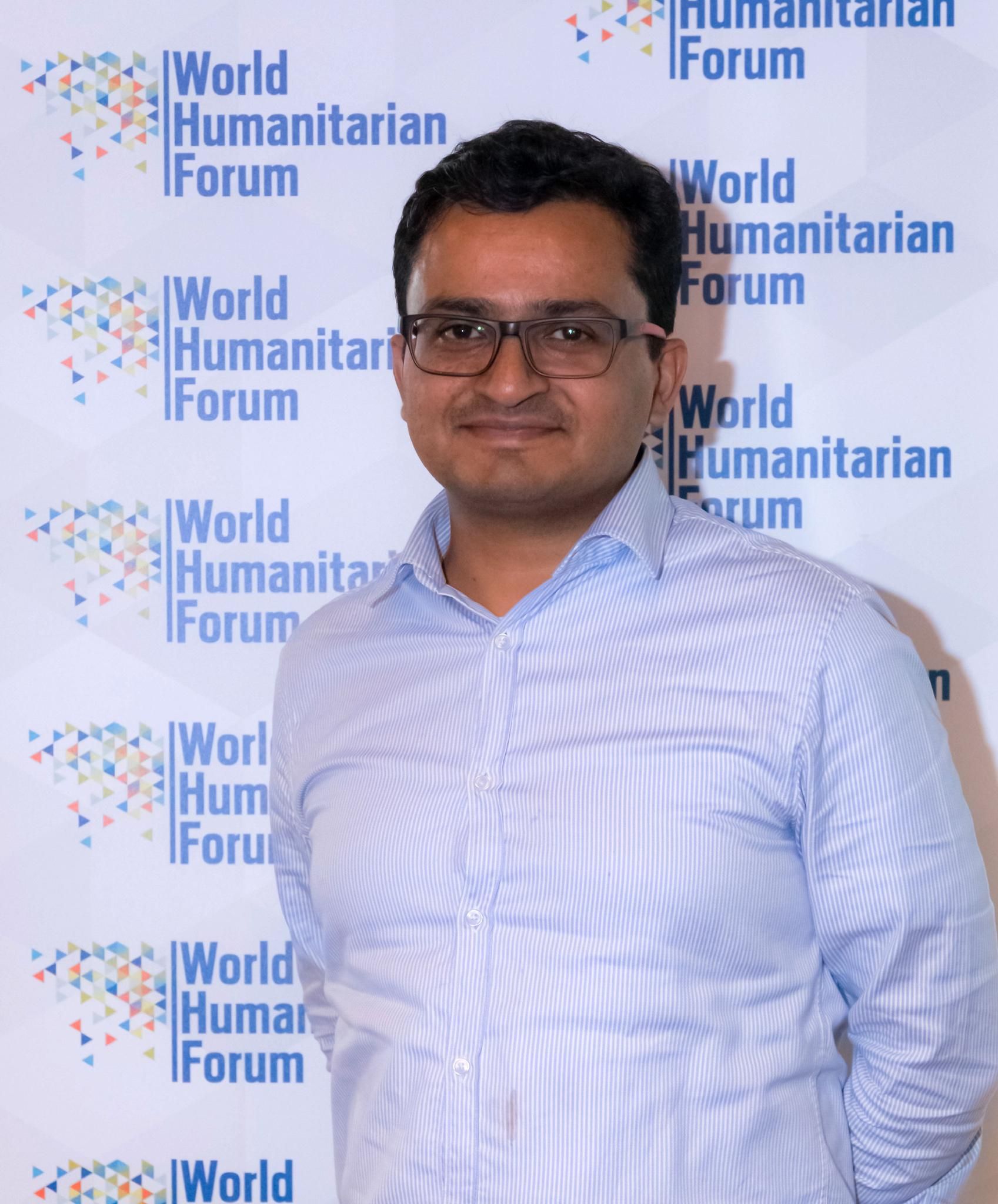 Coming originally from an engineering supply chain & commercial logistics management background working in leadership roles with large multinational corporates; Neil has worked with a range of NGOs in recent years in leadership roles, including International Medical Corps, Save the Children UK and International, Merlin and the Humanitarian Logistics Association. With a passion for and expertise in developing countries, his objective is to drive excellence in high performing supply chain and logistics global operations through effective change management strategies & inspirational leadership with the aim of furthering outcomes.

Neil is also passionate about humanitarian causes and the potential of business in being an agent for sustainable positive change through effecting the right linkages and partnerships.

Charlie joined Crown Agents Bank (CAB) in 2016 to work with strategic key government and development sector clients now leading Marketing, Branding & Communications as the bank enters a new and exciting growth phase. She worked with the previous CAB owners; Crown Agents Limited before joining Atos Consulting UK, to lead the key account relationship with HMG and with a superb track record of delivering targets cross-sector and function in the UK and overseas.

Charlie holds an MA in Global Diplomacy from the School of Oriental and African Studies (SOAS), University of London.

Charlie was Director of The Duke of Edinburgh’s International Award World Fellowship, an International NGO (INGO) for six years where she developed and expanded the fundraising mechanism engaging and working closely with complex stakeholders including donors, governments, high-level dignitaries and high-net-worth individuals (HNWI) from over 30 countries.

Charlie is a member of the winning England Women’s Rugby World Cup squad from 1994, a SOAS Alumni and a Fellow of the Learning & Performance Institute (FLPI), passionate about gender equality and an amateur enthusiast of ethical AI and Robotics. Sam-Sumana served as the managing director of the United Diamond Mining Company based in Koidu Town, Kono District, Sierra Leone. He also served as the regional manager for C-12 International, a Texas based mining company engaged in diamond production in Sierra Leone, Guinea and Liberia. Sam-Sumana has a Bachelor of Science (BSC) in management information systems from the Metropolitan State University in Minneapolis – Saint Paul, Minnesota, United States.

He also has a diploma in diamond rough grading, sorting and polishing from the America Institution of Diamond Cutting and Polishing, in Deerfield Beach, Florida, United States, and a diploma in computer network support from Knollwood Computer and Business School in St Louis Park, Minnesota. While in the United States, Sam-Sumana had worked as a systems officer for the Prudential Financial Group. He was employed as a network support specialist for Allina Health in the United States. H.E Samuel Sam-Sumana has received a number of Global Awards and recognitions for his unique role in advocating for Peace and transformative governance in Africa. On 10 August 2018, He was appointed to the Global Advisory Council of the HWPL and WARP. He and other Former Heads of States including Former President of Mozambique H.E Joaquim Chissano were present to discuss how peace can be sustainably achieved in Africa. 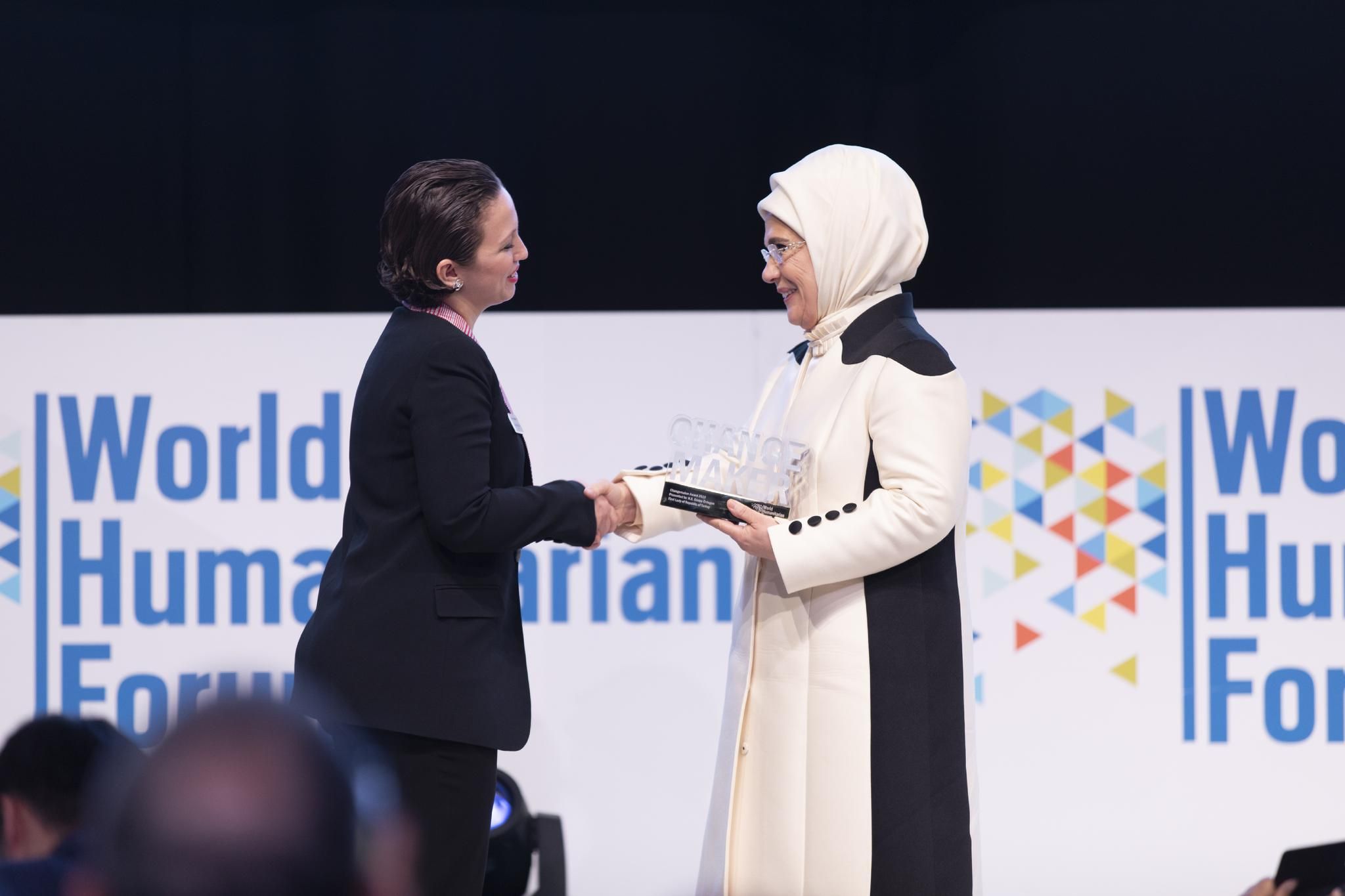 The World Humanitarian Forum (WHF) launched in London, April 2019. The Forum's aim is to provide a pedestal for the world’s greatest minds to speak of their expertise and discuss their findings within the humanitarian sector. It is a global call for action. 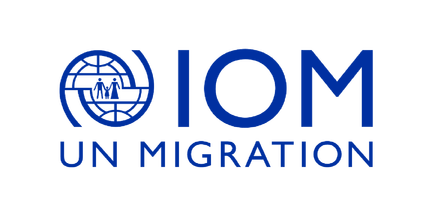